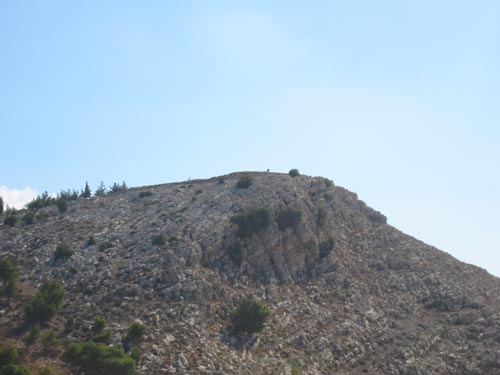 During this trip I was able to measure one of the vertical drops from atop the cliffs below the summit near the middle of the photo as reported in one of the following pages. 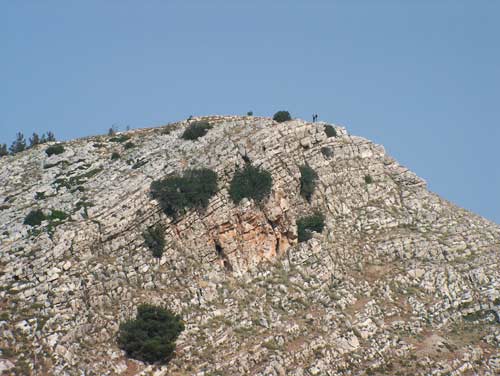 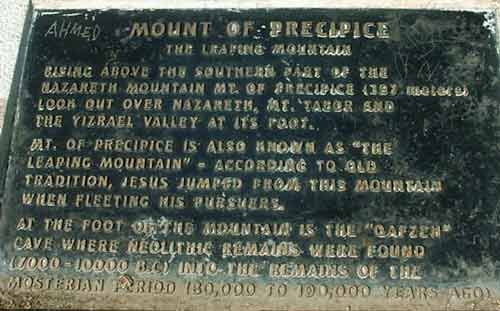 A plaque on the mountain above the Mt. of Precipice is shown above.  The traditional Mount of Precipice was in the photo below, across from the higher mount where the photo was framed from. 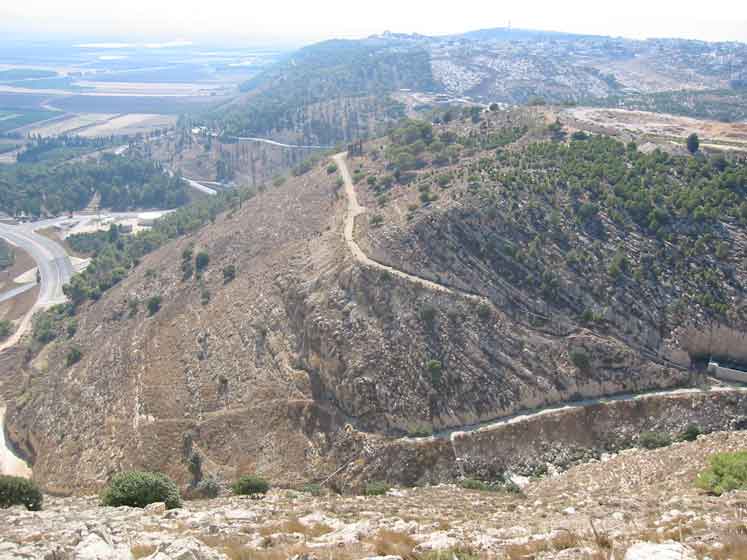 In his book, Sacred Sites of the Gospels, (Oxford 1903) W. Sanday wrote: "There are no less than four so-called Cliffs of Precipitation (referring to the incident of St. Luke iv. 29): one in the hands of the Latins; one in the hands of the Greeks; one some way out of Nazareth (the cliff shown in PL LIII area of the above photos), and the one in the plate, which is not only more probable than the rest, but in itself really probable, as it lies just at the back of ancient Nazareth." Sanday wrote this statement after an extensive tour of early Christian sites. 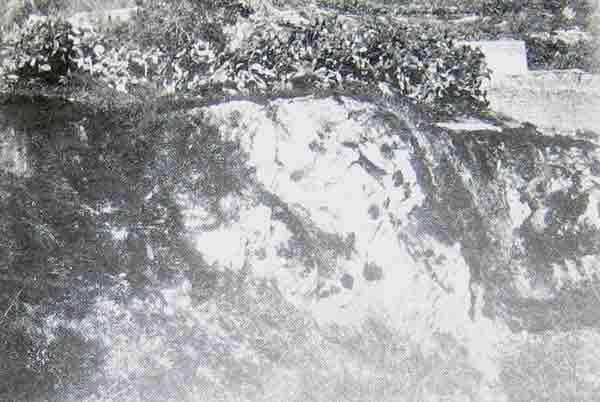 Plate (photo) described by Sanday as his choice of the traditional precipice located somewhere behind Nazareth center.

A traveler from England published his description in 1910:
"Perhaps with the exception of Mary’s Well (see below), the only genuine relic of antiquity is the ancient Jewish Synagogue, now converted into a Greek church, which is well worthy of a visit. It is quite possible that this was in existence in the time of Christ, and it may have been the place where He delivered His first memorable discourse (St. Luke iv., 16-30), which so aroused the indignation of His fellow citizens that they hurried Him to the brow of the hill to cast Him down headlong, the punishment of blasphemers (see p. 57 [Talmudic law]). The so called Mount of Precipitation to the south of Nazareth, which is the ecclesiastical traditional scene of the incident, seems hardly a possible site, as it was the brow of the hill “whereon their city was built,” and the mount in question is some distance away. Probably the correct scene is on the heights above the Orphanage."
From: GUIDE TO PALESTINE AND SYRIA,1910, MACMILLAN & CO., LONDON:

Map of Nazareth from New Guide to the Holy Land, Father B. Meistermann, 1907, London

From another source there was supposed to be a 40 foot (30-50 ft high  in various descriptions) cliff behind the Maronite Church that some favored as the probable location of the attempted execution of Jesus Christ.

For another page about Jesus' visit to Nazareth: