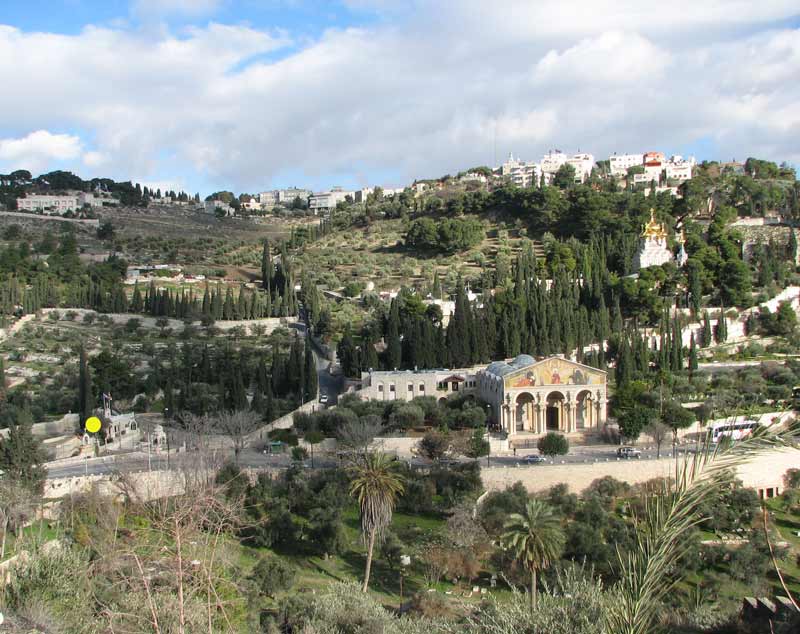 The yellow circle to the lower left indicates the location of the Cave of Gethsemane, where tradition stated Jesus hid with his disciples the night of his arrest. The building is near the entrance to cave. Gethsemane meant olive oil press in Aramaic. The olive trees to the left of the Church of All Nations (right) are some of the oldest on the Mt. of Olives. This area in the vicinity of the grotto was named the Garden of Gethsemane as a probable location for the Biblical text below. The church to the right is about a stone's throw from the cave. Jesus was up late keeping watch, his disciples were asleep. When Jesus went to warn them of soldiers approaching, they were unable to get up.

Mark 14:32 They came to a place which was named Gethsemane. He said to his disciples, “Sit here, while I pray.” 33 He took with him Peter, James, and John, and began to be greatly troubled and distressed. 34 He said to them, “My soul is exceedingly sorrowful, even to death. Stay here, and watch.” 35 He went forward a little, and fell on the ground, and prayed that, if it were possible, the hour might pass away from him. 36 He said, “Abba,[a] Father, all things are possible to you. Please remove this cup from me. However, not what I desire, but what you desire.” 37 He came and found them sleeping, and said to Peter, “Simon, are you sleeping? Couldn’t you watch one hour? 38 Watch and pray, that you may not enter into temptation. The spirit indeed is willing, but the flesh is weak.” 39 Again he went away, and prayed, saying the same words. 40 Again he returned, and found them sleeping, for their eyes were very heavy, and they didn’t know what to answer him. 41 He came the third time, and said to them, “Sleep on now, and take your rest. It is enough. The hour has come. Behold, the Son of Man is betrayed into the hands of sinners. 42 Arise, let us be going. Behold, he who betrays me is at hand.” 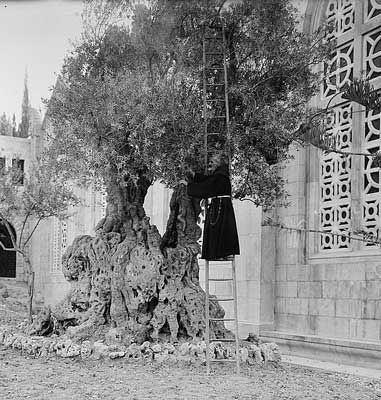 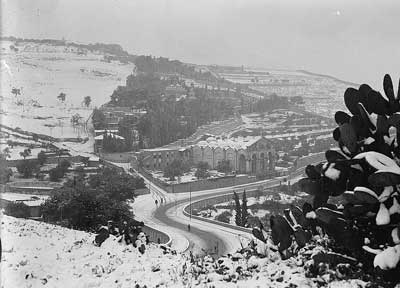 Rare Snowfall on the  Mt. of Olives 1942 (LOC Collection)