This photo was taken from the south looking northwards through the pass between Mt. Gerazim to the left and Mt. Ebal to the right of the gap.This area was Shechem where Jesus visited a woman at a well as recorded in the Gospel According to John.

Jesus was talking to a woman of Shechem who was at the local well drawing water:  John 4:20-23 (WEB) Our fathers worshiped in this mountain, and you Jews say that in Jerusalem is the place where people ought to worship.” 21 Jesus said to her, “Woman, believe me, the hour comes, when neither in this mountain, nor in Jerusalem, will you worship the Father. 22 You worship that which you don’t know. We worship that which we know; for salvation is from the Jews. 23 But the hour comes, and now is, when the true worshipers will worship the Father in spirit and truth, for the Father seeks such to be his worshipers. 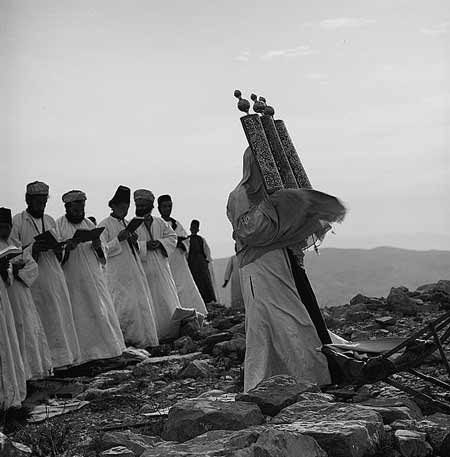 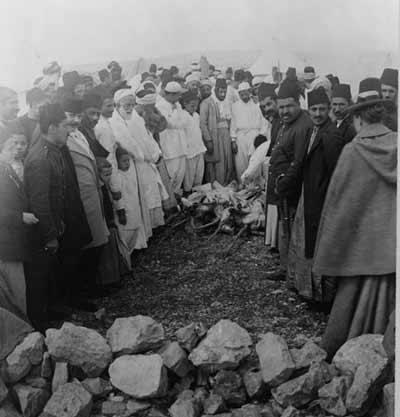 The Samaritans were descended from a group of Jews who had intermarried with people deported from other areas and settled in Samaria by the Assyrians after they conquered northern Israel. For the Passover they were commanded to roast the meat; not boil it. The Samaritans camped on Mt. Gerazim in tents in observance of the Passover. Some Roman era Jews camped in tents outside the walls of Jerusalem for their Passover observance; as there was no room at local inns due to the huge influx of Jews attending the festival.

Josephus described a temple that was used by the Samaritans on Mt.Gerazim:  Samaritan Temple on Mt. Gerazim