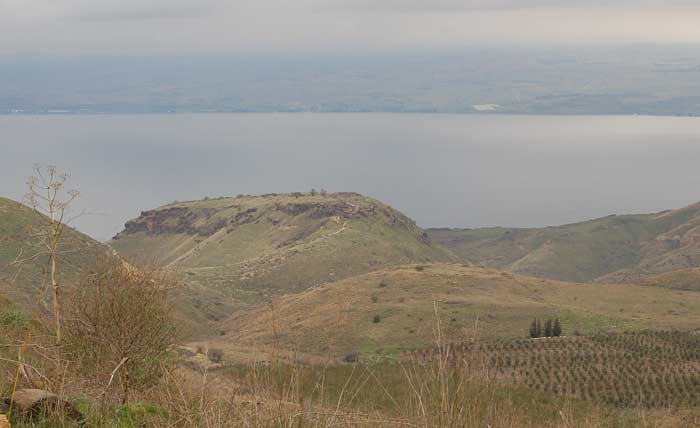 January 2006 Hippos as seen from Rte. 98 looking towards the north shore of the lake.

Hippos was a city of the Decapolis that was reduced to ruins. The Decapolis was an alliance of 10 cities extending from Damascus, Syria in the north to the ruins of Philadelphia, Jordan in the south.

Mark 7:31 (WEB) Again he departed from the borders of Tyre and Sidon, and came to the sea of Galilee, through the middle of the region of Decapolis.

Mark 5:20 (WEB) He went his way, and began to proclaim in Decapolis how Jesus had done great things for him, and everyone marveled.

Hippos is Greek for horse, it was also known as Susita that is Arabic for horse. The town name's meaning survived for 2000 years, but the spelling changed in translation. It is an Israeli National Park. It was on the hill near the center of the photo. I took about 55 minutes to walk up from En Gev to the town ruins 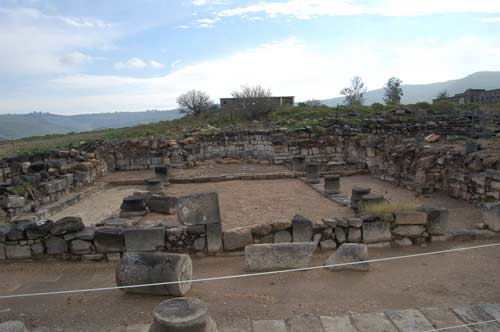 These are the remains of a tripartate (three part) church. Similar churches were found in cities in the Negev after the Nabateans converted to Christianity. There was a white marble carving showing a cross in one of the three churches on the mountain. 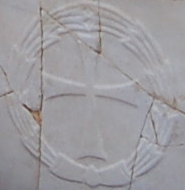 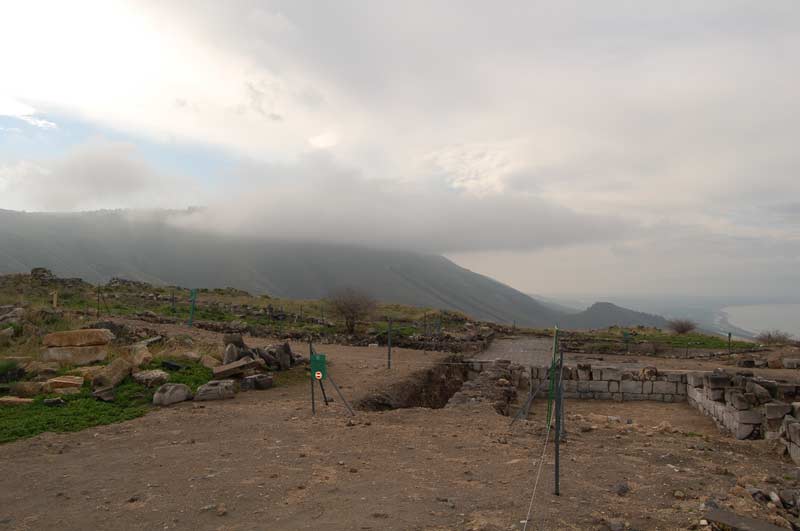 The area was not fully excavated during my visit in January of 2006.

The Roman road exited the town down the west end of the mountain; visible along left edge of hill. It is a rough road with switchbacks.