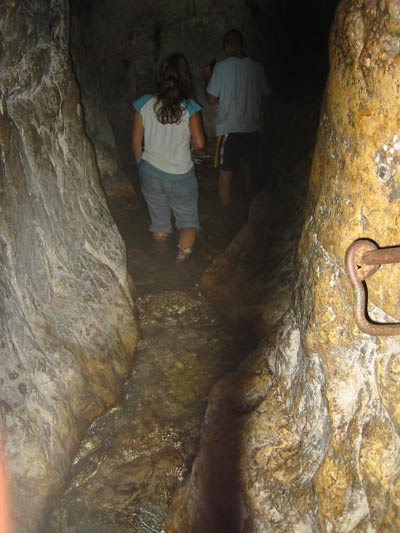 20 Now the rest of the acts of Hezekiah, and all his might, and how he made the pool, and the conduit, and brought water into the city, aren’t they written in the book of the chronicles of the kings of Judah? 21 Hezekiah slept with his fathers, and Manasseh his son reigned in his place.

The exit to the Gihon Spring in the Kidron Valley was blocked in early times to prevent Jerusalem's enemies from gaining access to it. Two teams of workers tunneled towards each other using iron tools in the soft limestone. One group dug from the direction of Siloam Pool; the other from the direction of the Gihon Spring. They made a tunnel more than 1700 feet long. An inscription commemorating the event was engraved on the tunnel wall 18 feet from the Siloam tunnel exit during the reign of Judean King Hezekiah (reign c. 715 - 685 BC). The water tunnel inscription was removed during the Ottoman Empire and taken to a Turkish museum where it later disappeared.