JESUS FEEDING THE 5,000 NEAR THE SHORE OF LAKE TIBERIUS

The yellow dot represents Capernaum. The yellow lines were straight line distances from Capernaum to mountains on the east or west side of the lake shores opposite Capernaum where it was presumed Jesus set out with his disciples to go to a remote place apart from the village of Capernaum to teach and then feed his audience. Jesus broke bread for the 5,000 then instructed his disciples to row back to the other side. 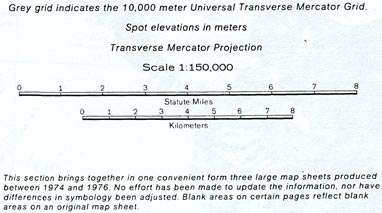 According to the Gospel of John after the feeding of the 5,000 the disciples rowed about 3 - 4 miles before Jesus joined them. By some accounts they may have been heading back to Capernaum. The blue lines left and right of Capernaum are about 4 miles long. Jesus was said to have fed the 5,000 on a mountain.

If the disciples were heading back to Capernaum from the mountain south of Bethsaida, that is a ridge about two kilometers long from Ramot southward to Zelon Beach and they left the vicinity of Ramot/Kinnar Beach, then they would have reached Capernaum after about four miles of rowing.

If the feeding of the 5,000 was on a mountain near Ginnosaur, then a boat landing at Ginnosaur would have required a further walk to the mountain behind it above Magdala. The area was also possessing some of the richest soil in the district and likely to be more thickly settled; not a remote place.

First century historian Josephus described the Plain of Ginnesareth as being 35 stadia long and 20 stadia broad (Wars III), that is a bit more than 4 miles long. This measurement of the plain between Magdala/Hawaii Beach in the NW corner of the lake below Arbel to Tel Kinneret in the east is off by almost two kilometers too short. Measurements of shorelines and distances across lakes were by reckoning in those days. It is also possible that the Apostle John might not have given an exact measurement.

In the Gospel according to Luke it was written that Jesus withdrew to Bethsaida and fed the five thousand. One may consider that the Jordan delta area was Bethsaida as much as a metropolitan area also encompasses its suburbs. The presence of the walled city and its large houses, merchants, and houses outside the walls dominated the country beyond the city walls.

The ruins of the walled city described as Bethsaida - Julias are two miles upstream from where the upper Jordan River flows into the Sea of Galilee in the upper right corner of the photo. The disciples of Jesus may have set out in the boat towards Bethsaida as described by Luke and continued on to Capernaum.

The Church of the Fish and the Loaves is near the Heptagon Springs and is about two kilometers west of Capernaum. The church was built to commemorate Jesus' miracle of feeding 5,000 people.

John 6:5-16 (WEB) Jesus therefore lifting up his eyes, and seeing that a great multitude was coming to him, said to Philip, “Where are we to buy bread, that these may eat?” 6 This he said to test him, for he himself knew what he would do. 7 Philip answered him, “Two hundred denarii worth of bread is not sufficient for them, that everyone of them may receive a little.” 8 One of his disciples, Andrew, Simon Peter’s brother, said to him, 9 “There is a boy here who has five barley loaves and two fish, but what are these among so many?” 10 Jesus said, “Have the people sit down.” Now there was much grass in that place. So the men sat down, in number about five thousand. 11 Jesus took the loaves; and having given thanks, he distributed to the disciples, and the disciples to those who were sitting down; likewise also of the fish as much as they desired. 12 When they were filled, he said to his disciples, “Gather up the broken pieces which are left over, that nothing be lost.” 13 So they gathered them up, and filled twelve baskets with broken pieces from the five barley loaves, which were left over by those who had eaten. 14 When therefore the people saw the sign which Jesus did, they said, “This is truly the prophet who comes into the world.” 15 Jesus therefore, perceiving that they were about to come and take him by force, to make him king, withdrew again to the mountain by himself. 16 When evening came, his disciples went down to the sea,