In July of 2006; I returned to the Kursi area and found that the cliffs above the chapel in the vicinity of the Kursi church were of conglomerate and that man-made caves in this area were likely to be hundreds or thousands of years old as one report in 1901 indicated that the caves/tombs were there at that time. 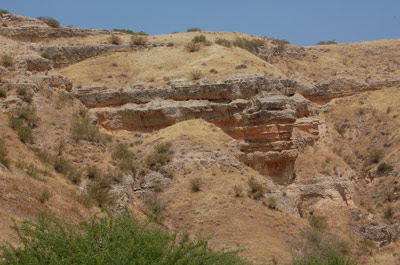 This outcrop was from above Noqeib. 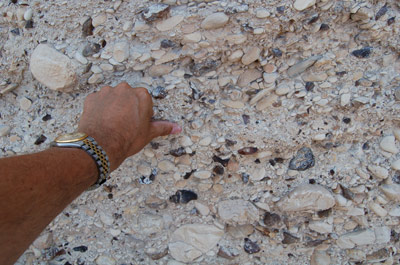 A very hard conglomerate cemented so tightly; that if struck by a hammer some flint nodules would break in half. 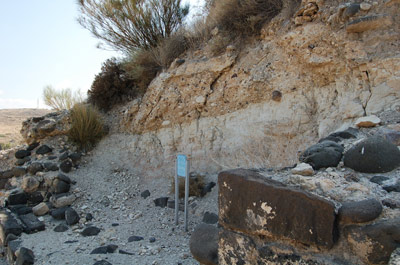 Tilted strata at the Kursi chapel with a conglomerate layer above a lower unit of sandstone. The sedimentary units in this area were reported to be cemented by calcareous marl. The rock units were listed as Miocene in geological maps by some and Eogene by others.(USGS Library Reston, VA).